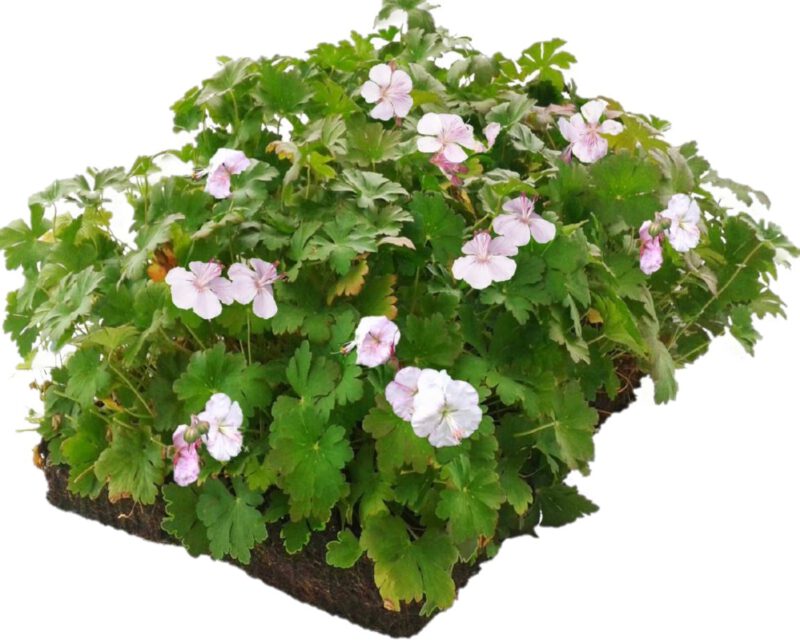 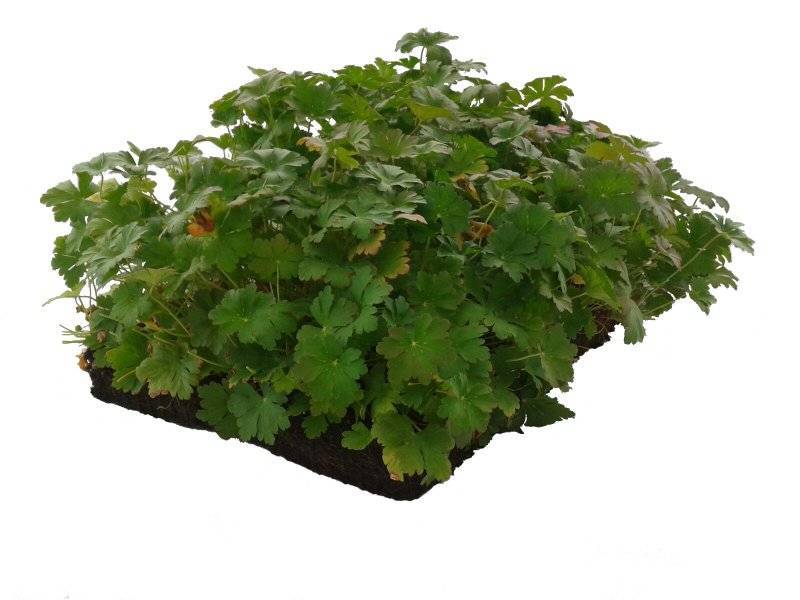 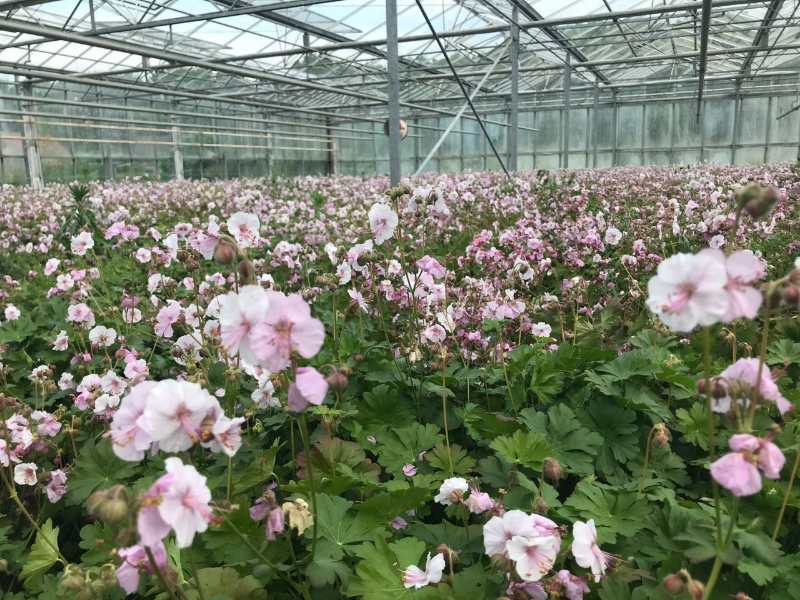 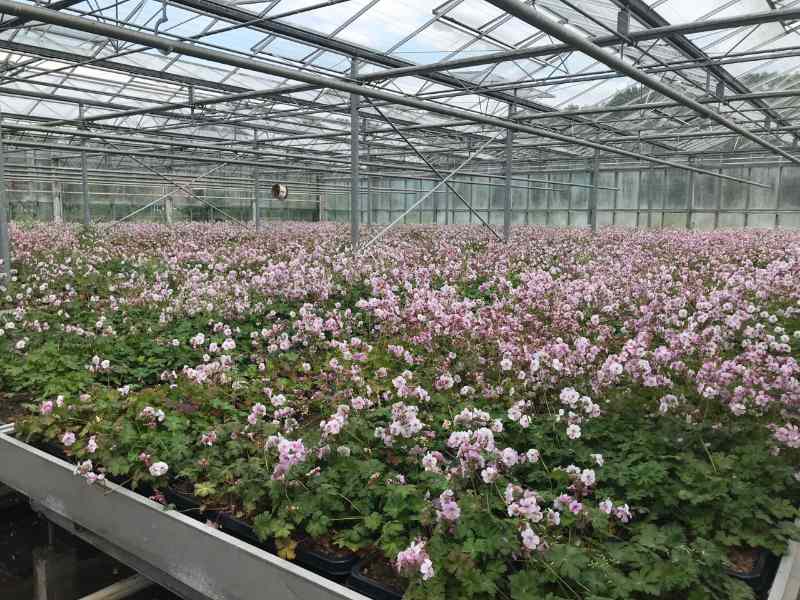 The Geranium (also known as Cranesbill) is a perennial plant with half green leaves, which demands little of the soil, although the plant thrives best in a moist environment. The flat growing ground cover has a lot of white flowers with light pink stripes and spots during the blooming period. The Cranesbill is practically evergreen, where the leaves turn (partly) red in winter. The leaves spread a wonderful smell.

The Geranium cantabrigiense ‘Biokovo’ is a good ground cover for sunny to semi shadow spots in the garden, and offers an extra ornamental value to a covered border by its beautiful bloom. Because the Geraniums blooming attracts a lot of bees and bumblebees, Geranium contributes to the bumblebee and bee population, and therefor enlarges biodiversity. A Geranium grows well on almost any garden soil. Geranium is also suitable for open spots, like roundabouts which are mostly more open.

The Geranium is really perennial. The leaves are green in the growing season and turn beautifully red in autumn. When it’s really cold, Geranium can lose its leaves in winter, but will sprout again in spring.

Pruning is not necessary with this ground cover, the Geranium is a ground cover which can grow without pruning. Because the old leaves will die in wintertime, to make place for new fresh leaves in spring. Edges can be cut off without problems. Cutting away dead flowers can stimulate another bloom. You can also cut back the Geranium up to 8 cm above ground, to make it grow in a compact manner, to cover the ground optimal.

If it is necessary to water the plants, in dry periods, we advise to offer a large amount of water at once, instead of a bit of daily water. This prevents the plant from shallow rooting. If the plant has water present every day, it becomes lazy and does not need to dig deeper with its roots. And that is what you want it to do to stay strong.

When to plant Geranium

Around May is the ideal period to plant the Cranesbill plant mat. Its growing speed right after winter can be continued optimally that way. and they will root faster. This optimal planting period does not exclude the rest of the year. Only late autumn and winter should be avoided, since the plant is in rest, and won’t root then.

This ground cover has been used in the following projects

One year later, Covergreen® groundcovers on slope at pedestrian tunnel

Find a Point of Sale nearby

We make use of cookies on this website. A cookie is a simple small file that is sent along with pages from this website and stored by your browser on your hard drive from your computer. learn more?
Open chat
Ask your question...
Ask us your questions:
Quick answer? Chat with us!